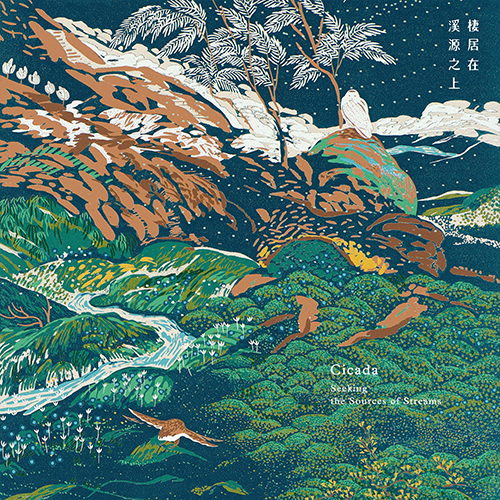 Seeking the Sources of Streams

“Seeking the Sources of Streams” documented a long journey exploring the valleys deep in the mountains. Stepping out of the misty forest is the vast and boundless sources of streams. We realized the source is not a lake that could be clearly defined but formed by puddles, seasonal underflow, and pores of rocks and sand. We came out of the experiences wandering in the mountains and ingrained the history of Taiwan through music. The purpose of hiking is no longer to reach the peaks but to seek within.

The composer Jesy trekked in the core of Central Mountain Range to search for the trickling drops and expansive valleys in sources of streams. The encounter with a Benihi tree inspired her to visit the Hinoki forest and composed the music for remains of giant trees which fell during the logging history. It took us a while wandering through the ridges and cirques to realize the mountains were formed from water. Water exists everywhere from the misty rain in the campsite, midnight rain on the tent, and dew drops on the leaves while departing… Rain and water became the theme of six short pieces in the album. Through the music, we once again hiked the forest trail between the physical home to/from the spiritual home.

“Seeking the Sources of Streams” diminished the borders of the mountains and opened up the awareness of the elements in mountains through the rain, ridgeline, cirques, and giant trees. The mountains in this album are not merely locations but everything we experienced within. Over the sources of the streams, the wrinkles of the land accepted both living and fallen trees. The woodwinds and percussion instruments joined piano, strings, and guitar to manifest the natural cycles of birth and death like harmonies of cicada sounds.